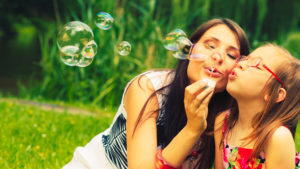 There is an expression that I think most people, parents in particular, know pretty well: to be “caught in a lie.” You know the scenario: someone is speaking and most often without even realizing it, does or says something that makes it clear that they have just lied. If you are a parent and this is your child, you meter out the punishment and hope to influence your child’s developing values. As your child grows (hopefully) your methods of parenting change.

A man runs up to Jesus and in the exchange the man pretty much says that he has never broken a single commandment since he was a child. Murder, adultery, thievery, those are seemingly easy, but false witness, fraud, honoring your father and mother… the list gets harder, but he the man says “yes I have kept all of them since my youth.” How is that possible? I think Jesus caught the man in a lie. But instead of calling him out on how unlikely it was that he actually had been able to maintain that level of faithfulness to the law, raised the stakes. If you want to inherit eternal life, “sell everything and give the money to the poor, then you will inherit the eternal life that you desire.” It might not sound like it, but it was the graceful response.

The unrealized truth in all of this is that just like the love between a parent and child, there really is nothing that we can do to inherit eternal life. Inheritance is something that is given with relationship, not something that we achieve! There is plenty in life that we have to work for to achieve, to strive for, and often enough to fail at. In this life there are precious few things that we are entitled to. The love between parent and child is or at least ought to be one of them. I think it is the most helpful model we have of our relationship with God.

The world can be a hard place. There are laws and rules and procedures we strive, and in the end we fail. We might achieve some measure of success, but that next place where we sin and fall short is usually just a few steps away. We fall! “Fall On Me” is performed by a well known opera singer and his 20 year old son. The son begins. He is looking for divine inspiration that does not seem to come and instead his heart is broken. The father, being an opera singer, responds in Italian and we might miss it. He tells his son that direction and meaning will come. And he suggests that it will make him smile if in the time he has left his son brings him along. In loving we are loved. In giving we receive. We fall on each other, and we fall on God, and most often it is a matter of falling.