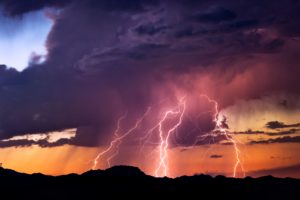 God helps those who help themselves

“God helps those who help themselves.” It sounds like it is from the Bible but the truth is, it is not. Sometimes we think we have God figured out but most often find God to be different than we expect. Jesus just finished telling the disciples that suffering, death, and resurrection were in the future. This was probably not what they were expecting but it also was not the first time they heard it either. On the heels of this announcement, a couple of disciples come to him with a request.

There is really something a little presumptuous in James and John’s request when they come to Jesus and say “we want you to do for us whatever we ask of you.” We would have to assume that they somehow thought that they were somehow entitled to make this sweeping request on account of being disciples.  It could have been a bucket of money or a palace or a prestigious position, which is closer to what they asked for– “Grant us to sit, one at your right and one at your left…” Earlier in the Gospel of Mark (3:16-17) they are described as the “Sons of Thunder.” In Luke when the Samaritans were unresponsive to Jesus’ message, they wanted to call down fire from heaven and burn them. (Luke 9:54). These were probably not quiet soft spoken disciples. They were the Sons of Thunder after all! So when they asked, it was a request that came from the power and prestige they must have thought they represented.

We live in an entitled society. Those who study such things often say that as power and prestige increases, people’s sense of entitlement increases too. It would be a great thing if the more we had, the more we would be willing to give more. But often enough, the opposite happens. We become more convinced that we deserve all the things that we have.

I think the reason we resonate with the thought that “God helps those who help themselves,” is because we would rather be in control of our own destinies! God might have plans for us, but we have better plans. We would like to let him know that we too would like to sit at the right or the left of Jesus in his glory. For that matter we can think of all sorts of places in this world where we better deserve respect and consideration we have earned…that we are entitled to.

Power in Service and Prestige in Humility

The thing is that Jesus showed power in service and prestige in humility. It is the opposite of what the world would expect and if we are honest, it is the opposite of what we expect too. In the cross, the hope of the world is invested in the very truth that seems impossible. Life is found in death. Hope is found in the places that seem hopeless. God helps those who are unable to help themselves.